My Defence of Miley Cyrus 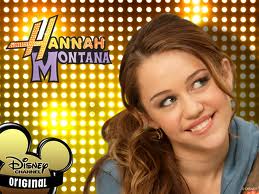 I didn’t watch the VMA’s last week. But, if you have more than five Facebook friends you know what happened. If you don’t have Facebook you probably saw it in the paper, the internet, or on TV. It was, after all, CNN’s top story. Some of you are probably ready to excommunicate me for saying that I defend Miley so let me come right out and say that I find what happened appalling. Really appalling, but what I’m a bit confused about is how many people are only appalled at Miley Cyrus’ actions. After a few days some people starting to say, “Oh yeah, I suppose Thicke played a part in this too.” Agreed. But are we naive enough to think that the artists who perform at music award shows just go out and “wing” it, or plan their own performances ahead of time? Michael Jackson, maybe. Not 20 year old Miley. Here’s the thing, there are people who plan Miley’s routines for shows like the VMA, and do you know why they tell her to do things she did? Because they are really good at making money. Did I mention that Miley’s “routine” was the top story on CNN the next day? Isn’t it ironic that on the Tuesday following the the VMA the pre-order for her upcoming explicit recording was on the iTunes home page? It doesn’t take a ton of imagination to figure out why she made a fool of herself in front of the world. You better believe that some people, whose bank account were fatter after the VMA, told her that she’s 20 years old now and her days as a child star can’t last forever. “You will either change your image or you won’t last.” Now here’s what bothers me, the people telling her this are probably some guys in their 50’s. I have no proof of this, but I can assure you that they aren’t 20. Now, go to a college campus during “freshers” week (“frosh” for my Canadian friends) and tell me you aren’t going to find kids behaving like Miley, or worse. But here’s the difference: if you saw a video of your kid behaving like Miley you would be on the phone giving them the “what for.” For Miley, however, it was her elders who came up with the idea and told her to do it on national television. Why? Money. They care, of course, about her reputation, but only because her reputation can make them a lot of money and they’re smart enough to know that certain bad reputations can make them a lot of money. It’s at this point that some of you will want to stop me a say, “Yes, but of course she is making a lot of money too.” True. “And didn’t she consent to doing this kind of thing?”. Yes. She could have said that she wouldn’t do it. I’m not saying that she’s an angel. What I’m after is the “why.” Why did she do it? She’s already rich and she’s already famous so…why?

I find it interesting that I have only heard one comment mentioned about the music at the VMA. Isn’t that what the awards are about? Isn’t this what the music industry is about? Of course not. Those in the music industry don’t care about making good music, they care about making good money. So if they aren’t trying to sell good music what are they trying to sell? Well, they’re trying to sell girls like Miley Cyrus. At the end of the day Miley Cyrus is a product–a product that needs to be marketed, packaged, and sold. That is why Miley went from being kid actor to the Madonna times 10 overnight. They’ve simply repackaged their product. But before we pat our own backs, perhaps we are guilting of talking about her like she’s a product too. There’s an interesting question we ask of the rich and famous that shows just how much this has been engrained in our thinking. We ask: “How much is she worth?” I typed the words “How much is mil” in my google search. Their first suggestion is “How much is Miley Cyrus worthy?” 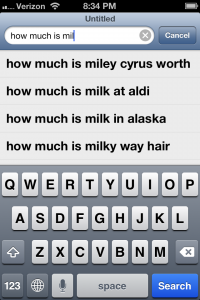 Since when did we start talking this way about people? We’re not talking about washing machines and cars here–we’re talking about a girl. One search said that she was worth 120 million while another said 1 billion. I’m not sure which is accurate, but the point is clear: her worth has a number attached to it. This is why I think she consented to humiliate herself last week. It wasn’t the money or the fame, she already has those. She’s after worth.

So, am I defending her actions? Certainly not. What am I defending? I’m defending her right, and her need, to be seen as a person. She’s been treated like a product her whole life. She’s made some mistakes–big, humiliating mistakes. She’s bought into what people have told her she is, and what people have told her she’s worth. But she’s still a person and I have a feeling that she needs to be reminded of that. I pray that she will be.

"Benefit Of The Doubt": Book Review