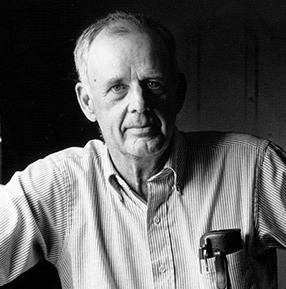 Wendell Berry is one interesting dude. He’s a farmer, poet, incredible novelist, activist, and cultural critic. He holds these together well. You can see both his passion for farming and his critique of current culture and environmental malpractice in his beautifully crafted novels, for example. Amazingly, they don’t seem preachy. I particularly recommend Jayber Crow if you are interested. But while Berry’s novels certainly have a soft tone to them, he can have a sharp edge to his work as well. Sometimes he has both at once. I have a large book of his poetry called This Day which contains many wonderful poems. The particular poem I’m quoting from, “Manifesto: The Mad Farmer Liberation Front,” comes from another poetry booked called The Mad Farmer Poems. The phrase I’ll be exploring today comes from the following stanza:

Ask the questions that have no answers.
Invest in the millennium. Plant sequoias.
Say that your main crop is the forest
that you did not plant,
that you will not live to harvest.
-Wendell Berry⁠1

Sequoias. These massive trees can grow to nearly 300 feet tall, but not, of course, overnight. They have an incredibly long life span. When Berry says “invest in the millennium,” he is not kidding – sequoias can live for almost 3000 years. There are sequoias that are living today that were alive before Jesus was born. If these trees could talk…

Sometimes people say that you should have a dream that is ‘bigger than you.’ I agree with this thought but wonder if people really mean what their words imply. I think what they actually mean is that you should start something that appears beyond your ability because, who knows, you might be able to pull it off. In other words, push your limits. Plant sequoias means the opposite. Instead of push your limits it means embrace your limits. This is cultural blasphemy. How often are we told that our possibilities are “limitless,” or that “the sky is the limit.” Aside from the obvious desire to avoid the reality of death (something our culture capitalizes on), Norman Wirzba notes that the underlying message of living without limits is “marked by the obligation to live from out of oneself.”⁠2 When you live out of yourself – a temptation that is present to us all – there is only one story that matters: yours. It is understandable why, if we are living out of ourselves, limit is seen as the great enemy; it hinders (and ultimately ends) our story. Do you want to live an anxious life? Understand limit as your enemy.

But what if the story is bigger? What if instead of only shaping our own life’s story we also embrace that we are living within a bigger one. Limit, then, is no longer the enemy but simply a part of what it means to be a creature. In fact, it is a gift. It is an invitation to live out of something bigger than ourselves; to live out of community. It takes the pressure off. I don’t need to do everything. I don’t even need to start or finish everything. Instead, I can be a part of moving the story forward. This means that my life is not useless; I have a part to play. But neither is it ultimate; I have a part to play. I can plant a tree, or an idea, that I may not see come to fruition. But just because I can’t see it come to fruition doesn’t mean it won’t.

I think this is especially beautiful news as we get older or ill. It is the great temptation to believe that our dreams and work die when we do.⁠3 As long as our dreams are, indeed, our dreams, they needn’t die with us. I know that in a thousand years no one will know my name. I also know that the good that I invest – in my family, in my community, in my church – can continue to grow. Sequoias outlast the planter; prayer outlasts the pray-er. The questions you have may never be resolved in your life time; ask them anyway. The prayers may not be answered before you die; pray them anyway. Let your main investment be something “you did not plant, that you will not live to harvest.” Plant sequoias.

2 Norman Wirzba, From Nature To Creation. (Grand Rapids: Baker Academic 2015). I am quoting from an advanced digital copy I received from Baker. The quote comes from chapter 4 under the sub-section “Refusing Creatureliness”

3 This is not, by the way, about making a name for ourselves (heroism) which is simply another means of death avoidance (See Richard Beck’s The Slavery of Death ch. 3 for more on this).

Phrases I Love 3: Tell It Slant