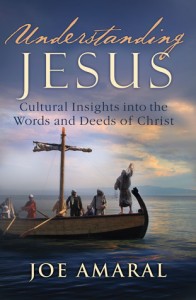 First, I am grateful for Amaral’s heart for the Jewish roots of the Christian faith and his attempt to bring attention to much of the Jewish understanding that we have lost, or worse, have thrown away. The Church has unfortunate history of anti-semitism which has, of course, affected our interpretation. I thought much of Amaral’s work was good. His treatment of Luke 20 (“render to Caesar what is Caesar’s), and John 8 (Jesus writing in the sand), for example, were great. I was also thankful for some of the sources which he provided. On page 126 he mentions that “the rabbis taught that resurrection from the dead was only possible within the first three days.” I’ve heard many people preach on this, or something similar, but was glad to see that he was citing the Mishnah. But this was, unfortunately, exceedingly rare. One of the books central premises had to do with the apparent “4 Messianic miracles.” Where does this come from? What is the source for this? This happens both in small and large ways throughout the book. On page 165 he mentions “the four large menorahs” and states that “Some literature suggests that these menorahs were a staggering seventy feet tall.” Not a big deal but, which literature? On page 158 he writes that “The rabbis always saw this promise of a lamb to be prophetic in nature – that the lamb was a picture of the Messiah…” but again, no source. Some have defended the lack of sources saying that it comes from “oral tradition.” Which ‘oral tradition?’ The Mishnah (which Amaral does at times quote) is the documentation of oral tradition. The problem I have with Christians quoting ‘the rabbis’ without sourcing is twofold. First, it does not help foster conversation between Jews and Christians when we speak of how the rabbis spoke of Messianic prophecies that Jesus fulfilled but do not provide any proof of it. Second, it does not help those who are interested in further exploring “our Jewish roots as the people of God.” I would love to see an amended version of this book with the missing citations.

To end on a positive note, I will mention that Amaral does have some serious scholars in his bibliography (Flusser, Keener, Levine, etc.). A passion for knowledge is evident and contagious in Amaral’s book. I hope he better cites his observations in the future but am grateful for his heart and work to bring a greater understanding to a much neglected area of study.

If you are interested in learning more about the Jewish roots of the Christian faith I suggest also looking at the writings of Amy-Jill Levine, Brad Young, Marvin R. Wilson, Kenneth E. Bailey, etc.